Is there any reason to buy different sorts of external preamps? Can’t we just use the build-in preamps that come with our audio interface? Well, yes and no! Let’s find out!

Before we start talking about why we would need an external preamp, let’s first talk about what a pre-amp actually does, why would we need one in the first place?

What is a preamp?

A preamp is an electronic amplifier that converts low level signals to line level. One of the reasons we often need a preamp is because our microphone signals are lower than +4dBu. This means that the signal needs some gain in order for us to hear it properly.

How much gain is needed:

The old standard for home audio and semiprofessional gear used to be -10 dBV while professional devices operate at +4 dBu (which is 14 dB difference). Nowadays almost all gear is designed for a nominal level of +4 dBu. This means that you do need a preamp to give old home/semipro gear a bit of gain.

Why would I use an external preamp instead of the ones build in my interface?

So there are a few reasons why an external preamp could be more useful than the ones build in your interface. You’ll find them below these 500series preamps!

1. More gain
As we’ve talked about before the lower the signal the more gain we need. Old ribbon microphones often have such a weak signal that they require up to 70 dB of gain and sometimes even more. Most preamps in an interface do not offer that much gain, and so an external preamp would be better.

3. A different colour/sound
Most people buy one or more external preamps because it gives a special ‘character’ to the sound. Most preamps in an interface are fairly transparent and clean. External preamps often add some sort of flavour. Each preamp has it’s own flavour. With flavour I mean, one preamp may boost other frequencies than the other. Distortion also influences ‘the flavour’. One preamp may add a different sort of distortion than the other.

4. Lower noise
Most interfaces come with preamps that already have quite a low noise ratio. However, if you record a very quiet source with lets say a couple of old ribbons, you need so much gain that you’ll often hear a bit of noise when using your regular build-in preamps. Out of all the reasons why you would need an external preamp is this the least important one. Around the -130 dBm is the technical limit. Keep in mind that the Equivalent Input Noise (EIN) with a large negative value is better. So -124 dBm is better than -120 dBm. According to the Neumann website anything above -127 dBu isn’t really an improvement to the preamps you’ve got in your interface.

5. Extra features
External preamps often come with extra features such as a phase-reverse, high-pass filters, a pad switch, etc. The Neve 517 model which is the 2nd module in the picture below even has a compressor build-in. 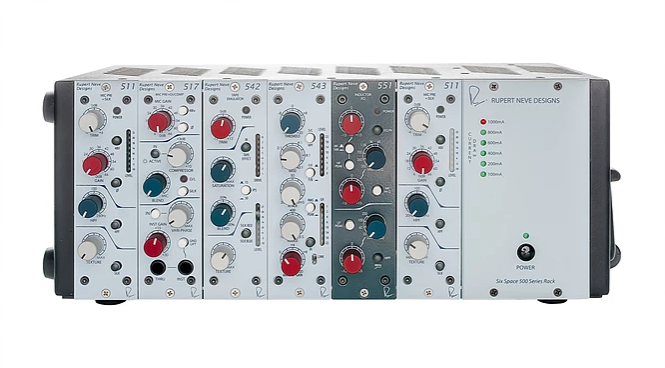 I don’t think there’s such a thing as a bad preamp, they just sound ‘different’.

So what preamp should I buy?

Now that you know what a preamp does and how one may sound different than the other you must be thinking: what preamp should I buy? If you’re just starting out the preamps on your audio interface will do fine. The build-in preamps from an Apollo 8 by UAD for example do sound really good, but other ‘more affordable’ companies such as Focusrite make great preamps as well. Nowadays you have companies like UAD and SLATE DIGITAL that offer interfaces with very clean and transparent preamps that allow you to alter the sound via plugins that are modelled after classic preamps. This can all be done in real-time via DSP, and you can even change the sound later on when mixing. Most people find that these plugins almost sound identical to the original preamps, so if you’re looking to invest in preamps this is something you should definitely look into as well. Nevertheless, I don’t think there’s such a thing as a bad preamp, they just sound ‘different’.

For example: a lot of great mixing engineers use cheap Behringer preamps for guitars. If you’re looking for different colours there are so many choices. One engineer may like to use a particular preamp on vocals while another engineer uses that same preamp only on guitar. 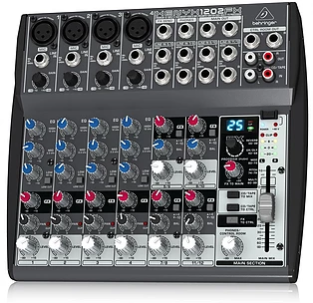 If you want to do a fair comparison between two build-in preamps, then make sure that the converter you’re using is the same. This might be difficult to do, because some interfaces do not have the option to route an input directly to an output. One build-in preamp may sound better than the other, but has been build into an interface which has very poor audio conversion.

In this article we take a dive in the past and look at how masters such as Terry Riley, Robert Fripp, Brian Eno, etc made use of 'live loops' in their performances. What

FROMJASP // The Craft Behind Music Production
—
Do I really need an external preamp?
Share this

And get a fresh mail in your inbox whenever I have written a new article!